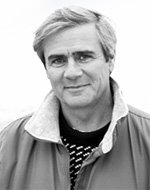 Mystery and More, and Even a Smile or Two — Terry Mort studied English literature as an undergraduate at Princeton University and in graduate school at the University of Michigan. After grad school he served as an officer in the US Navy, specializing in weapons and navigation. On returning to civilian life, he formed his own consulting company, where he developed communications and training programs for major multinational companies. Both the Navy and business took him to more than thirty five countries, most of them places he wouldn’t mind visiting again. Others, not so much.

Having done what he needed to do in business, he returned to his first interests – literature, both fiction and non-fiction. His non-fiction books include two studies of Ernest Hemingway’s writing and activities during WW2. He also wrote a history of the Apache Wars and a book about George Custer’s 1874 campaign in the Black Hills. In fiction, he was written novels in a number of different genres – westerns, sea stories and mysteries.

Terry thinks of these genres and their conventions as starting points for fiction. He says, “You begin with recognizable patterns and styles and then adapt them for the sake of a good story and sometimes for humor. Also, there’s no law against blending conventions, so that a detective novel can also borrow elements from James Bond or anyone else who can enrich the story. As someone once said – a simple three chord structure contains an infinite number of melodies and improvisations. So too with genres.”

His latest book, WHAT HAMLET SAID, includes strands of espionage and along with gangsters, LA cops and lowlife. The noir-ish femme fatale just might be foreign spy. There are a couple of murders along the way. Nazis and potential fifth columnists come along for the ride. There is also humor, some of it black and some merely gray. As one critic wrote: “The terms ‘delightful’ and ‘noir’ usually aren’t used together, but they pair up happily in this entertaining romp.” Another wrote: “Mort has fun with the noir conventions, but never mocks them – a difficult trick to bring off, but he does it masterfully.”

Terry also likes to season his fiction with literary or historical references. “A story shouldn’t depend on these allusions to be interesting or intelligible, but a story that has them can offer additional levels of enjoyment and interest – as long as they’re not obscure or pretentious.”

Terry Mort’s writing has been widely praised. His books have been translated into French, Czech, Greek and Russian and have been published throughout the British Commonwealth, as well as North America. Both Hemingway books were selected by Amazon as Best of the Month. The Wall Street Journal echoed a number of critics, when they said: “Mr. Mort’s lucid, beautifully written books are a pleasure to read.”

Terry divides his time between Arizona and Colorado. His primary pleasure, aside from the usual ones, is fly fishing. He even wrote a book about it. 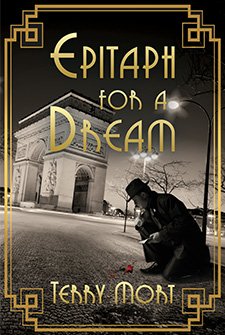 Epitaph for a Dream

The eve of World War Two. A Hollywood producer’s murdered wife. Her husband’s guilty memory of a shipboard romance. A stolen painting signed “Picasso.” French gangsters. A beautiful courtesan. A shootout in a brasserie. All of these and more confront Private Detective Riley Fitzhugh, as he travels from Hollywood to the Riviera, Paris and London, in search of his client’s vanished Dream Girl—as well as some answers: Was the painting a genuine Picasso, or just a clever forgery? Who was responsible for the corpses that kept littering his path and complicating the investigation? And whatever happened to Amanda Billingsgate? 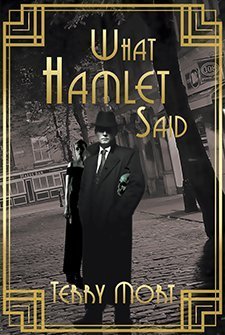 Hollywood in the Thirties: Nazi saboteurs, gangsters running gambling ships, British spies and diplomats, FBI agents, starlets looking for the big break, cheap hustlers on the fringes of the law, local cops—some are friends and some are adversaries, but all are involved somehow with Riley Fitzhugh, a private eye who’s wondering whether the death of an English aristocrat really was an accident.