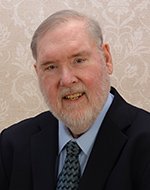 Around the World and to the Stars — Steven M. Moore was born and raised in California and attended UC Santa Barbara. While working in academic and R&D communities, Moore experienced life in a wide range of cultures through work-related travel in the US and abroad—including Bogotá, Colombia—and these broad cultural experiences inform his mystery, thriller, and sci-fi novels. His stories reflect his keen interest in the diversity of human nature and the eternal struggle between good and evil in human societies. His prime motivation is to entertain his readers, but he also weaves universal themes and current social issues into his stories.

Moore’s other interests include music, physics, mathematics, forensics, genetics, robotics, and scientific ethics. He has an active blog with posts on writing and the publishing business, as well as a scattering of op-ed comments on current events and their significance to the US and the rest of the world.

Rembrandt’s Angel is Moore’s 23rd book. The central characters, Scotland Yard inspector Esther Brookstone and Interpol agent Bastiann van Coevorden, represent a modern version of the crime-fighting duo, taking a more active and dangerous role in going after 21st-century bad guys. This new duo also gives credence to the notion that people have a lot of life to live beyond forty—in the realms of both work and romance.

Steven M. Moore and his wife currently live in New Jersey just outside New York City, where he works as a full-time writer.

Book 2 of the Esther Brookstone Art Detective Series. Esther Brookstone is at it again, this time obsessing about the life and times of St. John the Divine, all triggered by the discovery of a parchment hidden in the frame of a Botticelli painting that she authenticates. As in Rembrandt’s Angel, she soon gets into trouble, and her paramour, Interpol agent Bastiann van Coevorden, again comes to her aid. A race to find the saint’s tomb results, because Esther has competition. Three centuries of action involving the saint, the Renaissance artist Sandro Botticelli, and Esther and Bastiann, make this sequel a book of mystery, thrills, and suspense that will keep readers guessing. 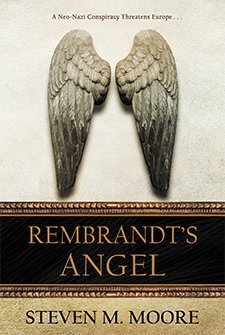 Book 1 of the Esther Brookstone Art Detective Series. Esther Brookstone’s life is at a crossroads. A Scotland Yard inspector who specializes in stolen art, she’s reluctantly considering retirement. A three-time widow, she can’t quite decide whether paramour and colleague Interpol Agent Bastiann van Coevorden should be husband number four. Decisions are put on hold while she and Bastiann set out to thwart a neo-Nazi conspiracy financed in part by artworks stolen during World War II. Among the stolen art is the masterpiece “An Angel with Titus’ Features,” a work Esther obsesses about recovering.The case sends the intrepid pair on an international hunt spanning several European countries and the Amazon jungle. Evading capture and thwarting death, Esther and Bastiann prove time and again that adrenaline-spiked adventures aren’t just for the young.

“Rembrandt’s Angel is a complex thriller with several plots intertwined throughout the story. It is recommended for serious mystery fans who are looking for not only a challenging read, but also one that allows readers to become an armchair adventurist and detective, along with Brookstone and van Coevorden, spanning many different parts of the globe.” — Feather Quill