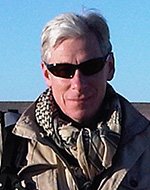 Fast Moving Military Action/Adventure Novels — Steve Smith is a former British Army officer who specialised in logistics, intelligence and high threat, counter-terrorist, bomb disposal. He served on operations in Northern Ireland, Kosovo and Iraq, and deployed on short-term missions to a number of other hot spots.

On leaving the Army as a colonel, Steve became involved in international aid and development. As CEO/Board member of several charities, he has overseen programmes to reduce armed violence, support refugees and safeguard children, principally in conflict zones in Africa and the Middle East. His second career led him into a range of improbable situations, from dealing with the ramifications of a voodoo witchdoctor’s invisible magical dragon in Liberia and the use of witch guns in Sierra Leone, to minefield clearance in the Sahara desert and addressing the United Nations in New York.

Steve holds Master’s degrees in War in the Modern World (MA, King’s College London) and Risk, Crisis and Disaster Management (MSc, Leicester). He was appointed MBE in 1993 for his work on operations in Northern Ireland. In addition to fiction, Steve is also the author of 3-2-1 Bomb Gone – a history of the fight against terrorist bombers in Northern Ireland during ‘the Troubles’ (1969-1998)

In Better to Die, we follow the struggles of Jack Adair to become an officer in the King’s Royal Rangers, a prestigious regiment in which his father fought and died. But the odds are stacked against him. Unknown to Jack, his father’s name is reviled throughout the Regiment, having falsely been labelled a coward after his death in action twenty-five years before. Jack quickly discovers that there are many with long memories who are keen to see him fail.

Steve’s extensive military experience comes out, not just in his descriptions of the grim realities of modern combat, but also in the vivid portrayal of the characters of all ranks, who often resort to black humour to get them through terrifying situations. 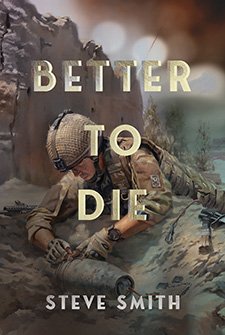 1996: Sergeant Nick Adair defends British Army border post “Hotel 55” from being overrun by the IRA, but the only witnesses to his bravery tell a different tale, with themselves as heroes and Adair castigated as a coward.
2021: After a five-year stint with the French Foreign Legion, Jack Adair is determined to have a career as a Sandhurst officer, preferably in his father’s old regiment, the King’s Royal Rangers. But the KRR considers itself elite, professionally and socially, with scant room for a rough diamond like Adair. Cadet Vyvyan Phillips is more the thing: younger son of General Philips, the decorated hero of the Hotel 55 incident. The General’s reputation shines so brightly, it blinds everyone but Jack to Vyvyan’s incompetence. The rivalry between Adair and Phillips extends beyond the confines of training and field command. Both take a keen interest in fellow officer Gemma Page, of Intel Corps. And then the battalion deploys to Gaziantep.