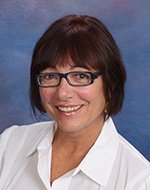 Women Struggling for Visibility in a Gender-Biased World — Sandy Camillo is an Italian American native New Yorker who as a young girl dreamed of becoming either a newspaper reporter like Lois Lane shadowing Superman as he battled the forces of evil or enthralling a jury as the prosecutor in a real- life Law & Order trial. Society however had a different idea regarding the appropriate career choices for women of her generation and dictated that they should happily become nurses, secretaries, or teachers. She originally conformed to this dictate by becoming a teacher, then in her never-ending quest to remain visible, she explored various professions in her home state of New York and adopted states of Texas and Missouri, including teacher, school principal, paralegal, receivership specialist, realtor, court appointed special advocate, legal compliance and governance expert, as well as dedicating her pen to blogging and writing.

Sandy has always practiced walking the walk, not just talking the talk. Throughout her life, she has dedicated herself to promoting equity for women through advocacy. She served as a Director, Secretary and Governance Consultant of the National Board of the American Association of University Women (AAUW), a top-ranked women’s advocacy nonprofit dedicated to empowering women, and traveled across the U.S to speak to AAUW stakeholders about women’s issues. During her spare time, Sandy is happiest hanging out at the beach with her family. When she gets home all sunburned, her dog Sophie and cat Chloe are there to greet her. She is an avid reader and a micro-blogger, focusing on women’s issues and aging, with more than 1,500 followers on Twitter. Ms. Camillo holds a bachelor’s and master’s degree in Education, a postgraduate Certification in Administration, a Court Appointed Special Advocate Certification and real estate licenses from New York and Texas. 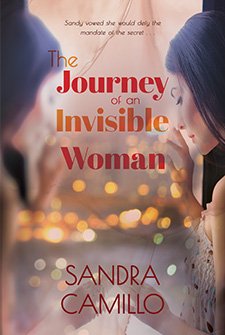 The Journey of an Invisible Woman

When she was a young girl, Sandy Camillo’s mother told her a secret. That secret was that one day she and all of her friends would become “invisible” women. Her mother’s words horrified Sandy, and she vowed that she would defy the mandate of this secret. The Journey of an “Invisible” Woman recounts stories of how Sandy and women of many generations struggled to overcome stereotyping and societal barriers erected to keep them in their “place”, to keep them invisible and silenced. She invites readers to accompany her on this journey of confronting biased gender norms, becoming visible, and finding a voice.