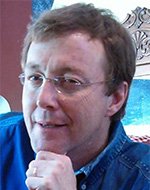 Author Rod Vick has led an unexpectedly interesting life, winning awards in national short story writing contests, climbing a mountain in bad shoes, running the Boston Marathon, battling a Coca-cola addiction, being chosen Wisconsin State Teacher of the Year, sinking a 40-foot putt for bogey, and meeting the President of the United States in the Oval Office. However, it wasn’t until 2006, that he made a modest mark as a novelist after deciding to try something outside his usual adult sci-fi wheelhouse. He wrote Kaylee’s Choice, primarily aimed at middle readers.

Hoping that the self-published book about a struggling ten-year-old dancer would find an audience, he was pleasantly (and, of course, unexpectedly) surprised when it sold thousands of copies and spawned a seven-book series. It also led to several serialized novels in national magazines that were later developed into the Dance of Time and Irish Witch book series. Recently, Mr. Vick has written historical nonfiction and an adult murder whodunit series as well.

The success of his novels has led to signings across the country in cities as inviting and lovely as Orlando, Nashville, Kansas City and Minneapolis, as well as cities somewhat less inviting and lovely. When he’s not writing, he runs, dotes upon his Lovely Wife Marsha, wishes for benevolent fairies to come during the night to mow the lawn, and pitches a pretty mean horseshoe 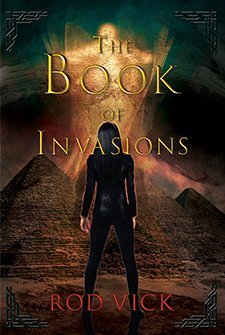 The Book of Invasions

The Book of Invasions is a globe-spanning adventure, a romp through history and mythology, a grudging love story, and an all-in battle against an evil hidden in plain sight. The world is stunned by the inexplicable murder of a dozen climate scientists at a remote research station in Greenland. When twenty-six-year-old Ricky Crowe, sister of a slain researcher, unexpectedly comes into possession of a parchment map found in Greenland’s 5,000-year-old ice, she attempts to set aside the demons of her own grief and alcoholism—and a terrifying past that has left her with an eight-inch facial scar—in order to determine whether the map holds a key to her sister’s fate. Bringing it to experts at the foundation that funded her sister’s research, she sets in motion a race with her new allies to unravel puzzles hidden in tombs in Egypt and Ireland, and in an obscure book of Celtic myth—The Book of Invasions—before the secrets are lost to the ruthless cult that has searched relentlessly for the world-changing evil the map promises since before the pyramids were built.