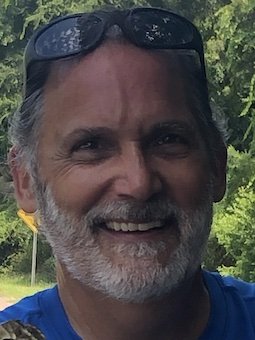 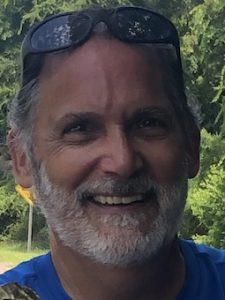 Author Bio for R.Kenward Jones
Buried at Sea is R. Kenward Jones’s debut novel.  He is an ex-Navy officer who originally enlisted in the Navy and trained to operate nuclear power plants before receiving a NROTC scholarship and attending college at Old Dominion University in Norfolk, Virginia. Returning to active duty, he served in various roles as a Surface Warfare and Intelligence Officer, making several deployments to the Mediterranean, North Atlantic, and Barents Sea. He grew up in Augusta County, Virginia, where his father moved the family the year after he helped coach the TC Williams Titans (remember them?) to the 1971 Virginia state football championship. Together they renovated a 150-year-old farm house and settled into country living. The hills, fields, creeks and abandoned barns of Barren Ridge overlooking the Blue Ridge Mountains became his haunts. He married his high school sweetheart in 1984 and they’ve lived in the southeastern corner of Virginia since then, raising two children. Currently he works as a mental health counselor and his wife runs a daycare. 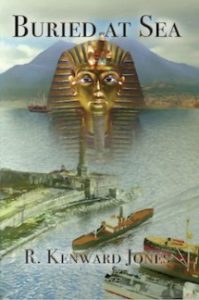 1976: USS Redstone, the oldest ship in the Fleet, is ground zero for the newest idea in the Navy: integrating women onto ships. While engineers of Redstone labor to prepare quarters for women, the ship is tapped to bring priceless cargo across the Atlantic for a public relations tour. The State Department wants to put a new face on US-Arab relations, and the face they choose is the three-thousand-year-old solid gold image of Egypt’s boy king: Tutankahmun. But part of the shipment—and two sailors—go missing during a ferocious storm at sea.
Fifteen years later, Maggie Freeman, stuck in a dead end town and tired of her life, joins the Navy and trades the Blue Ridge Mountains of Virginia for the deep blue of the ocean. Assigned to USS Redstone, she encounters the ship’s megalomaniacal Chief Engineer, Mal Hiller, who uses fear and intimidation to subvert everyone aboard ship, male and female.
When the United States finds itself on the brink of war with Iraq, Redstone is called upon to sprint across the ocean in a move to salvage US-Middle East relations. Menaced by Hiller, Maggie finds an ally in the resourceful Steve Carter. Together they discover a dark secret hidden in the heart of the ship, which may be the key to escape being buried at sea by their vindictive enemy.