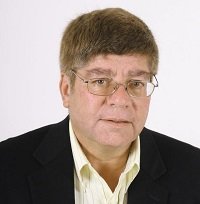 Political Hardball Between Nations — Philip R. Ackman is a journalist and businessman who has worked for a wide variety of newspapers and magazines in Australia, New Zealand, and South Africa, as well as reporting from the Middle East and the central Pacific. For several years he produced a current affairs radio program for the wife of Australia’s then federal leader of the Opposition before producing a weekly Ackman Report networked into 17 radio stations along Australia’s east coast.

Ackman also wrote a satirical column for a national computer magazine and, against all the odds, was named Australia’s Funniest IT Writer in the late 1990s. He has held a variety of mostly disastrous operational and executive roles for global vendors in the IT market. He has run a large distributor of computers and software in Australia, a consultancy developing strategy for IT vendors and a start-up in America, which got killed in the global financial crisis. While living in Asia, he started thinking about the relatively small cadre of world leaders who rule the world’s populations. What was required, he wondered, to land such a job, where victory meant enormous power and possibly great wealth, but defeat meant consignment to obscurity, or, in many countries, loss of life or liberty.

Ackman’s political satire gradually took shape, mostly on the beaches of Asia and far northern Australia, where Ackman now lives with his wife, a dog rescued from death row, and a cat plucked from a drain. 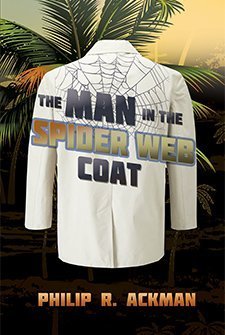 The Man in the Spider Web Coat

Titus Buchanan, a professor who runs a think tank at Williams College, believes he’s figured out how to stage a successful revolution. When the United Nations adopts a historic vote spelling the end of colonialism, Buchanan seizes the opportunity to test his theory. His laboratory will be the Splendid Islands, a collection of palm-fringed cays scattered across three quarters of a million square miles of the South Pacific. Its inhabitants will be his lab rats.
But complications arise. The Splendids belong to New Zealand, and New Zealand has no intention of giving them up. The United States has its own secret “space age” agenda for the islands. The Queen of England is bound to support New Zealand, but she doesn’t want Britain to fall out with the Americans, who favor independence. Meanwhile, the islanders have their own ideas about self-rule. Reverend Geoffrey Brown, originally recruited by Buchanan to run the revolution, joins forces with an unlikely crew of locals and sets out to match wits with powerful opponents.