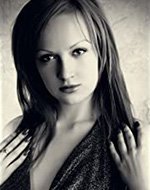 Lush Romanticism, In-Depth Research, and Passionate Lyricism — Olivia Longueville has an artistic and academic mind with a natural inclination for research and constant learning. She earned several degrees in finance & general management from London Business School (LBS) and other world-wide prestigious universities. At present, she helps her father run the family business. Olivia has always loved literature and fiction and been very passionate about genealogy, historical research, philosophy, literature, and the arts, in particular painting and sculpture during Tudor and Renaissance eras.

During her first trip to France years ago, Olivia had a life-changing epiphany when she visited the magnificent Château de Fontainebleau near Paris and toured its library. This truly transformed her life as she realized her passion for books and writing, foreshadowing her future career as a writer. In early childhood she began writing stories and poems in various languages. Then Olivia wrote some fan fiction stories, which taught her to create plausible, vivid, engaging characters and plots. A passionate fan of Anne Boleyn, Henry VIII’s second wife, Olivia finds her more compatible with another monarch of the era – King François I of France, at whose court Anne grew up and developed the sophistication of her personality and her French manners. As a result, she wrote a novel about the alternate life story of Anne Boleyn – “Between Two Kings,” the first installment in Olivia’s Anne Boleyn series. 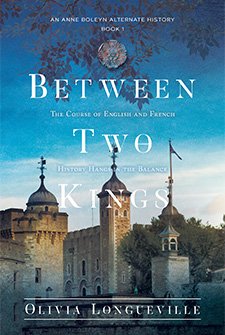 Anne Boleyn is imprisoned in the Tower of London on false charges of adultery, high treason, and incest on the orders of her husband, King Henry VIII of England. Providence intervenes – she escapes her destined tragedy and leaves England. Unexpectedly, she saves King François I of France, who offers her a foolhardy deal, and Anne secretly marries the French monarch. With François’ aid, she seeks vengeance against the English king and all those who betrayed her and designed her downfall in England. Henry must face the deadly intrigues of his invisible enemies, while his marital happiness with his third queen, Jane Seymour, is lost and a dreadful tragedy also strikes the king. The course of English and French history hangs in the balance. From the gloomy Tower of London to the opulent courts of England, France, and Italy, brimming with intrigue and danger – Anne Boleyn survives, becoming stronger and wiser, and fights to prove her innocence. Her hatred of Henry is inextricably woven into her existence.