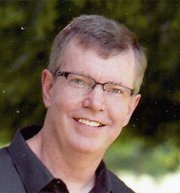 Irish and Napoleonic Historical Novels  — In 2006 Mark Bois fulfilled a longtime ambition and returned to school to earn a master’s degree in history. His Irish ancestry and a fascination with military history prompted him to write his thesis on the Inniskilling Regiment and their bloody stand atop the ridge at Waterloo. Amongst the dusty rosters and letters in the British National Archives, and then in the artifacts and records of the Inniskilling Regimental Museum, he found what he needed to write his thesis. He also discovered the fascinating personal stories that inspired The Lockwoods of Clonakilty.

As a happily married man and the father of five, Bois believes that it’s important to share the stories not only of soldiers, but also of those who wait for them to come home. He writes of the burdens they bear alone, and together. 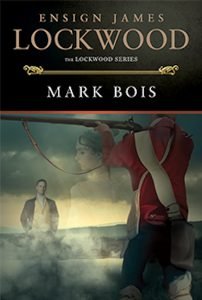 It is late 1797, and Ireland teeters on the brink of rebellion. Seventeen-year-old James Lockwood, fresh from school, defies his aristocratic father and takes a commission with the Westmeath Militia Regiment. Posted to the regimental barracks, he is thrown head-first into military life, struggling to fit in while grappling with the duties of a junior officer. He faces numerous challenges: the Irish enlisted men are distrustful of their officers, many of the common people hate any man in a red coat, and his brother officers are a puzzling mix of personality and ability.
Brigid O’Brian, meanwhile, is at school, and is offered an opportunity, rare for an Irish Catholic, to teach there. Her father wants her to return home to Clonakilty, but eventually allows her to work in far-away Cork town. Brigid, an exceptionally lovely young woman, is soon courted by the officers of the Cork garrison. As a result old friends and comrades begin to doubt the loyalties of both Brigid and her father who appears to have a darker life that could be related to the rebellion.
James Lockwood proves himself in several actions against the rebels. When he and a fellow officer named Charles Barr, an inveterate duelist, transfer to Cork, they both vie for Brigid’s affection, while the whole of Ireland dissolves into violent rebellion. Lockwood finds himself leading his men into a key battle for control of West Cork, where loyalty is tested in bloody close-quarters combat. 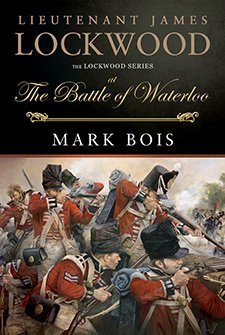 Lieutenant James Lockwood at the Battle of Waterloo

The Lockwood Series. “Captain Barr desperately wanted to kill Lieutenant Lockwood. He thought constantly of doing so, though he had long since given up any consideration of a formal duel. Lockwood, after all, was a good shot and a fine swordsman; a knife in the back would do. And then Barr dreamt of going back to Ireland, and of taking Brigid Lockwood for his own.” So begins the story of Lieutenant James Lockwood, his wife Brigid, and his deadly rivalry–professional and romantic–with Charles Barr. Lockwood and Barr hold each other’s honor hostage, at a time when a man’s honor meant more than his life. But can a man as treacherous as Charles Barr be trusted to keep secret the disgrace that could irrevocably ruin Lockwood and his family? Against a backdrop of famine and uprising in Ireland, and the war between Napoleon and Wellington, showing the famous Inniskilling Regiment in historically accurate detail, here is a romance for the ages, and for all time. 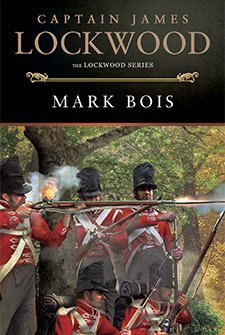 The Lockwood Series. Newly promoted, Captain James Lockwood returns to active service. Following a painful departure from his family, he is to travel to his regiment at Gibraltar with a draft of new recruits, but at the last minute he is diverted to help suppress a slave revolt in the British colony of Guyana. Nearing Guyana, their transport is attacked by a pirate vessel, and in a bloody battle at sea the pirates are defeated, and their captain, Miguel Otero, is captured. Lockwood and his company arrive at Guyana, but resist the Governor’s orders regarding Otero’s summary execution. So, too does Lockwood refuse to fire on the slaves, with whom he has great sympathy. Brigid, meanwhile, is approached by a group of penniless regimental wives, and she returns with them to Clonakilty. There she struggles to find support for them, finally settling them on an abandoned farm. The presence of the wives of redcoat soldiers enrages the leader of the local rebel faction, and a desperate fight between the rebels and those who have come to aid the families ensues. 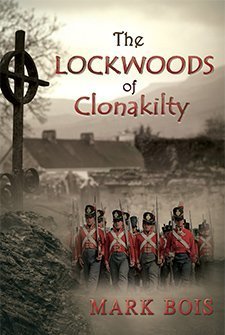 The Lockwoods of Clonakilty

The Lockwood Series. Bearing wounds from the Battle of Waterloo, Lieutenant James Lockwood returns to Ireland seeking the refuge of home, his wife, and their five children. But the joy of their reunion is short-lived. As an Anglo-Irish family they find themselves caught in the sectarian strife that plagues their country. And they continue to be haunted by a twisted madman, Captain Charles Barr of the regiment, who possesses knowledge of a secret that could ruin them. As Barr’s sanity slips away, he betrays the Lockwoods, and James is ordered to leave Ireland. Before sailing for India, the Lockwoods allow their daughter Cissy to remain at home to care for their dying housekeeper. Cissy soon discovers that she is being stalked by a man who intends her great harm. She is determined to face the threat—but has few allies she can count on. Set against the sweeping backdrop of foreign wars and a country violently divided against itself, The Lockwoods of Clonakilty tells the story of a family that must rely on cunning, courage, and—above all—love in order to survive.