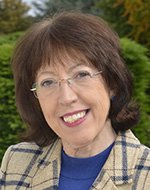 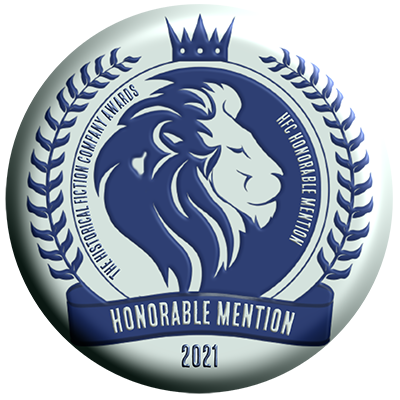 Conflict, Chaos and Corruption in Reformation Scotland — Hailing from the historic town of Musselburgh, six miles from Edinburgh, Scottish writer Marie Macpherson was brought up on the site of the Battle of Pinkie and within sight of Fa’side Castle where tales and legends from the past haunted her imagination. Inspired by the film Dr. Zhivago to read the works of the Russian literary giants in the original, she left the Honest Toun to study Russian at Strathclyde University. She spent a year in the former Soviet Union to research her PhD thesis on the 19th century Russian writer Mikhail Lermontov, said to be descended from the poet and seer, Thomas the Rhymer. Though travelled widely, teaching languages and literature from Madrid to Moscow, she has never lost her enthusiasm for the rich history and culture of her native Scotland.

Having taken early retirement, she has found her niche in writing historical fiction which combines her academic’s love of research with a passion for storytelling. Her inspiration comes not only from historical records and documents but also from the landscape of the Scottish lowlands where she attempts to conjure up what life was like for the inhabitants of those now ruined castles and deserted abbeys. Exploring the personal relationships and often hidden motivations of historical characters drive her curiosity.

The Knox Trilogy is a fictional biography of the fiery reformer, John Knox, set during the 16th century Scottish Reformation. Prizes and awards include the Martha Hamilton Prize for Creative Writing from Edinburgh University and Writer of the Year 2011 awarded by Tyne & Esk Writers. She is a member of the Historical Writers’ Association (HWA), the Historical Novel Society (HNS) and the Society of Authors (SoA). 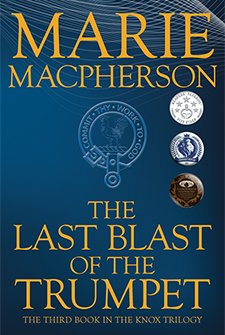 The Last Blast of the Trumpet

John Knox Book 3. He wants to reform Scotland, but his enemies will stop at nothing to prevent him. Fiery reformer John Knox returns to a land on the brink of civil war. Victorious, he feels confident of his place leading the reform, until the charismatic young widow, Mary Queen of Scots, returns from France to claim her throne. She challenges his position and initiates a ferocious battle of wills as they strive to win the hearts and minds of the Scots, but treachery and jealousy surround them both. They make critical choices in their public and private lives that have dangerous consequence that neither of them can imagine. In this final installment of the trilogy, Macpherson tells the story of a man and a queen at one of the most critical phases of Scottish history. 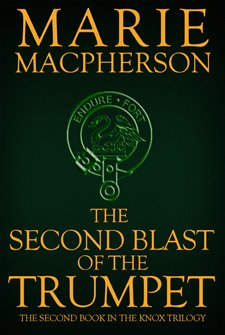 The Second Blast of the Trumpet

John Knox Book 2. 1549. Freed from the galleys, the Scottish Reformer John Knox continues his mission as God’s messenger to strike at the roots of papistry. A prophet without honor in his own land, he is welcomed as a chaplain by Edward VI in England. But by challenging the liturgy of the English Protestant Church, he makes dangerous enemies, and with Edward’s untimely death and the accession of the Catholic Mary Tudor, Knox is forced to flee persecution. Despite the ever-present peril of capture, Knox crisscrosses Europe to ask the leading Reformation scholars his burning question – whether it is lawful to depose an ungodly monarch. While no answer is forthcoming, his plea has not gone unheeded. Someone is willing to commit regicide in his name. When Protestant Elizabeth I succeeds to the throne, Knox hopes to return with his young wife and family and resume his mission in England. However, while the charismatic preacher may have attracted a flock of female admirers, his polemical tract, The First Blast of the Trumpet against the Monstrous Regiment of Women, has antagonized Queen Elizabeth. Will Knox find a welcome in Scotland where the Lords of the Congregation are plotting revolution in the name of religion? Where his godmother, Elisabeth Hepburn, and Mary of Guise, are striving to stem the rising tide of reform and keep the throne for Mary Queen of Scots? And will the secret assassin achieve his aim? 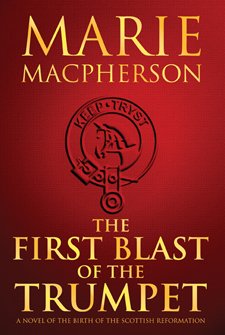 The First Blast of the Trumpet

John Knox Book 1. Hailes Castle, 1511. Midnight on a doom-laden Halloween and Elisabeth Hepburn, feisty daughter of the Earl of Bothwell, makes a wish to wed her lover, the poet David Lindsay. But her uncle has other plans. To safeguard the interests of the Hepburn family, she is to become a nun and succeed her aunt as Prioress of St. Mary’s Abbey, Haddington. However, plunged into the political maelstrom and religious turmoil of the early Scottish Reformation, Hepburn’s life there is hardly one of quiet contemplation. Strong-willed and independent, she clashes with those who question her unorthodox regime at St. Mary’s, including Cardinal David Beaton and her rival, Sister Maryoth Hay. But her greatest struggle is against her godson, John Knox. Witnessing his rejection of the Roman Catholic Church, aided by David Lindsay, she despairs that the sins of her past may have contributed to his present disenchantment.

“. . . I fell in love with Lisbeth right from the start, a jaggy thistle with romantic dreams but whose future was not hers to control. As the story progresses and the jaggy thistle grows up, Elizabeth becomes what was a rarity in a male dominated society; a strong woman able to defy and even defeat her male counterparts and overlords. Yet, she is also a woman troubled by that romantic streak she maintains in memory and even in hope. The story is also full of the dramatic tension between the corrupt officials of the Church and the reformers. John Knox was destined for a life in the Church but doubts about the teachings of the Church and the influence of others leads him to turn his back on the Church and by extension his Godmother, Elizabeth. Naturally, the Church responds viscerally as heretics are now burning for their sins. This emotion packed look into the early life of Knox; this tale filled with unexpected turns; this work replete with characters who draw you into their world, comes with Hoover Book Reviews highest recommendation. 4.8 stars”  — Paul Bennett, Hoover Book Reviews

“I knew little about John Knox before I read this book. It impelled me to go and look up the facts of his life on Google. The author does a fine job of portraying 16th century Scotland with it’s religious conflicts, and it’s delicate relations with the English and the French. I loved the rendering of the dialect and all of the 15th and 16th century quotes. This was a time when men had few choices in their lives, and women even fewer-the heroine, Elizabeth Hepburn is compelled to forsake her lover and become a nun and eventually an abbess. John Knox was obviously a man of great courage and conviction who risked his life to change a profoundly corrupt political and religious system. Historical fiction at its best.” — Robin E. Levin, Amazon Review