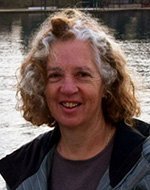 Reviving Oral History: Through My History, I am Known — Margaret Walker is a casual teacher. She has a Bachelor of Science degree from the University of Sydney and a Diploma in Education.

Between 1999 and 2001, she had six short stories published in Australia and the UK, and plunged head first into novel writing. His Most Italian City is her fifth novel but the first to be published, as she had a troubling tendency with the first four to give up after three rejections and start another one. Her epiphany came in 2016 when she graduated with a Diploma in Professional Communication and actually learned a few things about editing and publishing. An understanding of the industry dispelled much of its mystique, and becoming a published author no longer seemed like the impossible dream.

His Most Italian City was begun for one reason: so that, as an adopted person, the oral history of Margaret’s biological family could be recorded. Quite rapidly, that oral history became side-tracked by an obsession with submarines, but the principle remains the same: that, if we don’t listen and record the history told to us by our family, something priceless will be lost and, with it, a part of ourselves.

As her mother always said: ‘Margaret, listen to them.’

It is true that you should be careful what you wish for. Margaret’s adoption papers read: Nationality of mother, Yugoslavian. After forty years of research punctuated by several adoption reunions, she discovered that her mother came from Istria where the novel is set. She spoke Venetian, German, Italian and English but flew on a Yugoslav passport and, even today, opinions as to whether she was Yugoslavian or Italian divide the family.

Claims have been made for the pro-Italian towns in Istria that ‘we were gentle people between the wars. There was not crime then as we know it today.’ However, we know from the Slovenian writer Boris Pahor that the fascists were burning and destroying Slavic culture from Trieste to Split at this time. Therefore, it was to investigate this apparent dichotomy that His Most Italian City was completed. 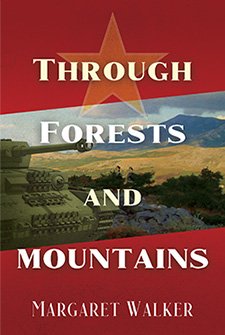 Through Forests and Mountains

Yugoslavia 1942. Anton Marković didn’t believe in a girl with a gun. How could the Partisans win this war with only farmers, labourers and women for soldiers? The experiment was ridiculous. He should have stuck to the ships he knew and not be in a forest in Bosnia with a rifle in his hands, and a bullet in his head, and a woman by his side cackling like a throttled fowl in some dazzling display of hormonal triumph. Tito had allowed the girls from the villages to serve in combat roles, and Mara was all in favour of anything innovative for women. She had just shot her first fascist, and her face beneath Anton’s was exuberant, breathless and beautiful. He was at war, and clearly on more fronts than he anticipated. But could he save Mara from that brilliant and psychotic fascist she could not shoot? From the forests and mountains of Bosnia to the White Cliffs of Dover, the Nazis and the Ustasha battle the most successful resistance movement in Occupied Europe. 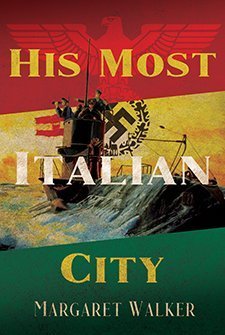 His Most Italian City

Trieste, once the port of the Austro-Hungarian Empire, has become Italian. As fascism strives violently to create a pure Italy along its streets, Matteo Brazzi is forced to choose his loyalties with care. When his office is bombed, the police are baffled, but Brazzi knows who committed the crime, and he knows why. Though he is no seaman, he can easily identify the dark shape that disappeared into the Gulf of Trieste that dramatic night and, as he escapes to Cittanova in Istria, the mysterious vessel follows him down the coast. Brazzi has successfully exploited fascism to protect himself—many people would call him a traitor—but he’s only ever had one real love. Now Nataša is dead and Brazzi owes his share of the blame. Too soon he discovers that not even Mussolini can save him from an enemy who is bent on revenge.