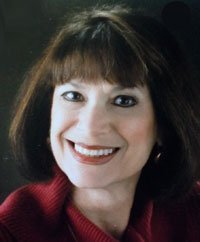 Independent Youth Fight to Free Country — Lynda Lippman Lockhart, a native of St. Petersburg, Florida, graduated from the University of Florida with a degree in teaching and went on to earn her English degree at the University of South Florida. She was the director of a nursery school for four years and a high school English teacher for twenty-six years. Upon retirement, she began her current profession—writing. Lynda honed her writing skills by attending workshops at the University of Iowa, Lesley University, and Eckerd College.

Lynda and her husband, Robert, have two children and six grandchildren and currently live in St. Petersburg, Florida.

The British Mandate over Palestine is coming to an end. The purpose of the Mandate was to divide a portion of the now defunct Ottoman Empire into two British protectorates: Palestine, which would include a home for the Jewish people, and Transjordan, an emirate under the rule of the Hashemite family. The problem: how will these two diametrically opposed peoples survive after the Mandate ends? In 1946, when the King David Hotel outside the “Old City” of Jerusalem is bombed, peace-loving Laila Posner becomes a victim. Swept up in the blast, she flies through the air like a dove and lands as a hawk, transformed for all the wrong reasons.
Upon recovery, Laila joins a group of young people—many of whom have been orphaned by the Holocaust—sent to Palestine for protection. Forty-five of these Young Pioneers form a kibbutz and resolve never to let someone else direct their lives. The success of the kibbutz reaches the ears of the Haganah, the Jewish secret police, who approach the kibbutz with a proposition: participate in a clandestine operation to save the Jewish state. It is during her time at the Ayalon Institute—a name given to disguise its activities—that Laila comes of age, taking a leading role in the operation of the kibbutz and running the secret factory.
In the face of daily challenges to survive—volatile compounds, marauding Arabs, and the fear of discovery by the British—Laila finds the strength to go on. Amid the turmoil of the time, a close-knit community is formed, spawning lifetime attachments and love. Laila, however, never forgets the young British soldier who came to her assistance during the bombing of the King David Hotel, which causes friction between her and her kibbutz sweetheart. His intermittent presence in her life leaves her feeling uneasy about her future.
The selflessness of these youths who came to the aid of their country is a testament to how heroes are formed out of ordinary human beings.