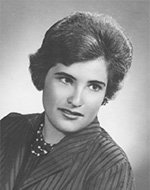 The summer after Lee graduated sixth grade there was a trip to Canada, and on the ferry to Vancouver Island, she bought an SF magazine. And after that she kept on buying used Fantasy and SF books and magazines and getting them in the library. She also collected Kipling’s books and Cabell’s Poictesme books. Her other favorite authors in no particular order include Tolkien, Bujold, Kage Baker, Sharon Lee’s & Steve Miller’s Liaden books, Heinlein’s books up through The Moon is a Harsh Mistress, and Asimov’s books up through The Gods Themselves. One day she read Eddisson’s The Worm Ouroboros, which referred to Njal’s Saga so she bought a modern English translation of it and fell in love with its terse language and bloody plot and bought a lot of other modern translations of other Norse sagas.

In the mid-1960s Lee Gold and several other wonderful SF readers met at the UCLA Book Store and talked for hours about SF books and founded The Third Foundation science fiction club which met regularly each month. Eventually they attended Westercon XX (1967) and the Los Angeles Science Fantasy Society where they showed off their writing in a fanzine, The Third Foundation #77. (Yes, that was the first issue.) It had lots of fiction and two pages of songs (by Lee).

Lee Gold received an M.A. in English Literature from UCLA but decided not to qualify as being able to do research in a second language (necessary to get a PhD) and left academia and teaching English 1 (Exposition) mostly to freshmen for even odder jobs.

Lee started playing Original D&D in 1975 and started Alarums and Excursions, her roleplaying game amateur press association, a few months later. She’s written several professional role-playing games (two about Japan, one generic, and VIKINGS back in 1990, after getting over three shelf-feet of books on Norse myths, stories, and history). 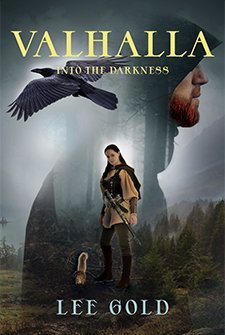 Valhalla: Into the Darkness

Thanks to the efforts of Robin and her friends, including the gossipy squirrel Ratatosk, Asgard is now safe from one danger, but other threats loom. The Norns ’tapestry is turning darker and darker. The Norns warn Ratatosk that fewer people look up to see the sun, and Finbut Winter is coming. Ratatosk is of the opinion that winter bread is bad enough; the prospect of years of cold, darkness, and starvation galvanize him into action. Once again he volunteers to assist Odin’s odd assortment of champions, this time on a series of quests that Loki and Odin have devised. One: Restore the Sun’s stolen heat. Two: Find Freya’s husband, Lost Od. Three: Offer Frey a deal: his liberty in return for lifting the curse he levied on Asgard. Four: Find Loki’s mother in Vanaheim, and invite her to the weddings of her grandchildren. And finally, find out why Odin’s two brothers, Hoenir and Mimir, were mutilated in defiance of the Aesir-Vana Truce. After centuries of turning a blind eye, Odin has decided it is time to call his secret enemies to a reckoning.
Even if it means violating the terms of the Truce.
Even if it means sending his blood-brother into deadly danger.
Even if it means risking retaliation.
Even at the price of relinquishing control of the outcome. 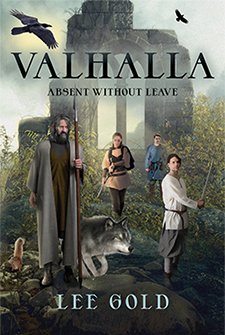 “An axe age, a sword age,” Bookwyrm chanted.
“A wind age, a wolf age.”
“Brothers shall fight and slay each othver,” sang Knut.
“Garm howls in Hel, and the wolf runs free.”

Robin Johnson died a hero’s death, rescuing people from a hospital during a California earthquake. So how is a hero rewarded? Robin finds herself not in Christian Heaven but in Valhalla of Norse myths, welcomed by heroes and the guardians of Asgard. But Robin had been something of an oddity in life and continues to be so in the afterlife. She’s not content to spend the better part of eternity feasting and fighting and… drinking to Odin’s honor. Accompanied by two fellow heroes, a wolf, a telepathic sword and a chatty red squirrel, the renamed Robin Grima sets out to prevent Ragnarok, the doom in which nearly all the Asgardians die. Their first quest: slay the dragon Nidhog, who gnaws away at the root of Yggdrasil, The World Tree. If they succeed in that, they can confront sea giants, hill giants, mist elves, Fenris Wolf, the Midgard Serpent, and Hel, corpsequeen of the dead. But the only way to really stop Ragnarok is to deal, once and for all, with the mastermind of plots and Odin’s foster-brother — Loki himself.