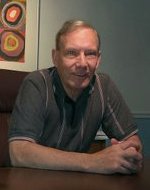 For over thirty years Jim Stempel has had the good fortune of living with his family at a country location in Western Maryland overlooking the Blue Ridge. His wife, Sandie, is on staff at nearby McDaniel College where she teaches astronomy and physics, while his three children—a daughter and two sons—have moved on to professional careers. An avid athlete for most of his life, Stempel helped coach his children in basketball and baseball while they were young, while active as a runner and handball player himself. A student of the human condition, he is the author of seven books whose genres include satire, psychology, spirituality, and scholarly works of historical nonfiction. He is a graduate of the Citadel, Charleston, South Carolina.

Stempel is considered an authority on the Eastern campaigns of the American Civil War, having published two scholarly works on the subject and numerous articles. His most recent book, The Nature of War: Origins and Evolution of Violent Conflict, has been well received by an international audience for its willingness to delve into the basic motivations of human warfare and the true prospects for peace those motivations suggest.

Stempel’s latest work,Windmill Point brings to life one of the most exciting and critical periods of the American Civil War. Written as historical fiction, Windmill Point should prove as interesting to the occasional reader as it is to the professional historian. Stempel is currently putting the finishing touches on a narrative nonfiction presentation of one of the more important but generally forgotten campaigns of the American Revolution in addition to other historical fiction concerning the Civil War. 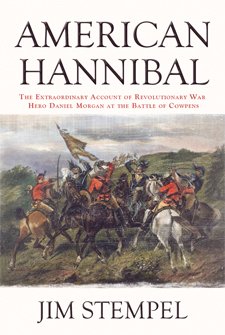 American Hannibal: The Extraordinary Account of Revolutionary War Hero Daniel Morgan at the Battle of Cowpens

On January 17, 1781, a battle took place in the backwoods of South Carolina. British Lt. Colonel Banastre Tarleton, handpicked by General Charles Cornwallis for command due to his dash and record of accomplishment, was opposed by Brigadier General Daniel Morgan, a rough-and-tumble son of the American frontier. Morgan employed a scheme so brilliantly conceived and masterfully executed that within an hour, the British found themselves overwhelmed, enveloped, and routed from the field. In response to this stunning American victory, Cornwallis embarked on a reckless, desperate trek north in pursuit of Morgan—a strategy that ultimately led to his own defeat at Yorktown. In his compelling account of the Battle of Cowpens, Jim Stempel makes the case that Morgan’s victory closely mirrors Hannibal’s extraordinary triumph at Cannae, regarded by many as one of the greatest military accomplishments of all time. (Nonfiction) 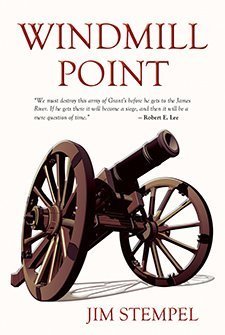 A gripping historical fiction that brings to life two desperate weeks during the spring of 1864, when the resolution of the American Civil War was balanced on a razor’s edge. At the time, both North and South had legitimate reasons to conclude they were very near victory. Ulysses S. Grant firmly believed that Lee’s Army of Northern Virginia was only one great assault away from implosion; Lee knew that the political will in the North to prosecute the war was on the verge of collapse.The stage was set for one of the most horrific battles of the Civil War, contrasting the conversations of decision-making generals with chilling accounts of how ordinary soldiers of both armies fared in the bloody fighting on the battlefield.

“Jim Stempel’s Windmill Point captures the dreadful fury and desperate humanity of the American Civil War with a power and immediacy few authors have been able to achieve. I recommend it highly for anyone interested in a vivid portrayal of that violent crucible from which our modern society ultimately emerged.”  — Mark Robert Waldman, Executive MBA Faculty, Loyola Marymount University and author of Words Can Change Your Brain

“Of greatest importance is Stempel’s ability to clearly, and in an engaging manner, weave through and explain the action at Cold Harbor. His crisp, clear description of the brilliant move by Grant to disengage—unbeknownst to Lee’s army—literally in the face of the enemy keeps the reader pinned to the pages. Here, Stempel lays out the strategic factors that could bring the war to an early end, or, slip into a long drawn out siege at Petersburg.” — James Holden-Rhodes, author of Smart and Faithful Force: Henry Clay Cochrane and the United States Marine Corps, 1861-1905