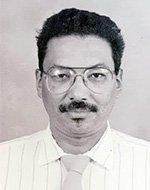 Understanding the Great Adventure — Hale Michael Smith was born in Cleveland, OH in 1949, the oldest son of renowned composer Hale Smith and Juanita Smith. He attended Brown University and earned a medical degree from Georgetown University Medical School in Washington, DC. As a doctor, he worked in DC, New Mexico, and Oklahoma.
He was a man of many interests and abilities. As a schoolboy studied sciences, including geography, astronomy, cartography, and read world literature. As a young man he studied the history of languages and world religions. Later, he taught himself organic chemistry in order to qualify for medical school. His hobbies included geology, origami, collecting sea shells, cultivating cactus plants, each in its pot with a small zen stone garden, making exquisitely detailed models of WWII ships and planes, and studying the mathematics of fractals.
His lifelong quest to understand the purpose of religion and spirituality led him to work on the material that comprises this book for over five decades. 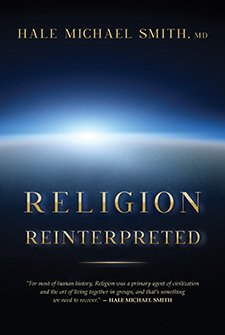 Judaism, Christianity, Moslem and Sufi traditions have in common? What real purpose are religions meant to serve? What light can insights derived from physics shed on our search for meaning and purpose? For thousands of years, religion and spirituality have been part of the human experience in every land and culture. Even when religions have been used as political tools, their original purpose has continually given the lie to twisted ends. Drawing on his own experiences and decades of multidisciplinary study, Dr. Hale Michael Smith presents startling new ideas and re-evaluates religious traditions of antiquity, in an effort to rediscover the meaning at the heart of religion. In every generation are born people who think, not just for themselves, but for humankind. Dr. Hale M. Smith considers the significance of religion as an essential component of human experience. Religion and language, ideas and science, are all mediums for understanding our purpose in being alive. What we do with that understanding is the Great Adventure. This book is intended for all who are seeking understanding.