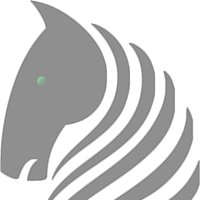 New York Gilded Age Fiction — Diana Forbes is a ninth-generation American, with ancestors on both sides of the Civil War. One of her most traumatic childhood memories is of her mother putting a family heirloom up for sale—an autographed photograph of President Abraham Lincoln—against Diana’s strenuous objections. After her mom also sold all of her great-great-grandparents’ furniture, along with signed letters from President Lincoln that had been in the family for generations, Diana decided that she could preserve the past by becoming either a pack rat or a writer. (Somehow becoming a writer seemed the more noble pursuit.)

Today Diana considers herself a literary archaeologist, digging for untold stories against the rich backdrop of American history. In a box of letters from her ancestors that she managed to salvage, she discovered that two of her forebears were tailors who lost their jobs back when ready-made dresses from department stores started to replace old-fashioned dressmaking. This hooked Diana on researching the dark side of industrialization and a little-known offshoot of the women’s suffrage movement known as the Rational Dress Movement. Ladies: it was not so very long ago that women had to fight … to wear trousers!

Diana counts among her influences the Jeeves series by P. G. Wodehouse, the zaniness of Lucille Ball, and screwball comedies such as Bringing Up Baby, starring Katharine Hepburn and Cary Grant.

Mistress Suffragette is Diana Forbes’s debut novel. Prior to its publication, Mistress Suffragette was recognized with a number of awards and honors: it won first place in the Missouri Romance Writers of America (RWA) Gateway to the Best contest in Women’s Fiction and was a Wisconsin Romance Writers of America (RWA) Fab Five finalist in Women’s Fiction. A selection from the novel also placed fourth in Historical Fiction in the Central Ohio RWA Ignite The Flame contest.

Diana Forbes lives and writes in Manhattan. When she is not cribbing chapters, she loves to explore the buildings where her nineteenth-century American ancestors lived, loved, survived, and thrived. She is passionate about vintage clothing, antique furniture, and ancestry, and vows to master the quadrille in her lifetime. 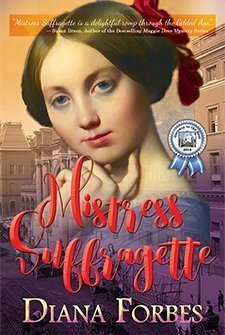 A young woman without prospects at a ball in Gilded Age Newport, Rhode Island is a target for a certain kind of “suitor.” At the Memorial Day Ball during the Panic of 1893, impoverished but feisty Penelope Stanton draws the unwanted advances of a villainous millionaire banker who preys on distressed women—the incorrigible Edgar Daggers. Over a series of encounters, he promises Penelope the financial security she craves, but at what cost? Skilled in the art of flirtation, Edgar is not without his charms, and Penelope is attracted to him against her better judgment. Initially, as Penelope grows into her own in the burgeoning early Women’s Suffrage Movement, Edgar exerts pressure, promising to use his power and access to help her advance. But can he be trusted, or are his words part of an elaborate mind game played between him and his wife? During a glittering age where a woman’s reputation is her most valuable possession, Penelope must decide whether to compromise her principles for love, lust, and the allure of an easier life.

“Mistress Suffragette is a delightful romp through the Gilded Age. Penelope Stanton, a young woman forced to create a new life for herself, is a witty and feisty guide through this most fascinating of eras. A very entertaining read.” —Susan Breen, author of the bestselling Maggie Dove mystery series

“In this superbly crafted novel, rich with historical detail, Diana Forbes transports the reader to the Gilded Age and creates an unforgettable protagonist in Penelope Stanton. Pursued by a villainous millionaire, torn between the dictates of propriety, the promptings of her own heart, and her allegiance to the fight for women’s suffrage, can Penelope forge her own path? This book is impossible to put down and readers will be rooting for Penelope all the way.” —Phyllis T. Smith, bestselling author of I Am Livia and The Daughters of Palatine Hill

“What fun! Diana Forbes reboots the Age of Wharton, giving the story of a young suffragette’s coming of age her own sly, sexy spin.” —Ron Hogan, Beatrice.com

“Imagine a strong-willed young beauty during the Gilded Age in Newport, Rhode Island. Abandoned by her fiancé and newly impoverished, she finds her way to the burgeoning Suffragette movement. Along the way, she meets her nemesis/lover and must make difficult life choices. A colorful, romantic romp that recreates the Belle Époque with a historical sense of place and great verve.” —Sonica Pilcer, author of The Holocaust Kid and The Last Hotel

“Mistress Suffragette is a joy ride through late 19th-century New England, a comedy of manners from a new and exciting voice in historical fiction. This novel picks up where Jane Austen left off. Diana Forbes’s debut is as smart as it is compelling.” —Diana Spechler, author of Who by Fire and Skinny

“I had the opportunity to read Mistress Suffragette in my workshop at the Writer’s Voice at the West Side YMCA in New York. Diana Forbes’s story of a young woman seeking liberation in 1890s high society was captivating—both to the other writers in the workshop and to me. We followed the heroine, Penelope, through adventures and misadventures, laughed with her, and cheered her successes. In this story of romance, intrigue and fashion, things don’t always go well for Penelope, but there is always a lighter side to tough situations. On one occasion, when she meets an early suffrage activist, Penelope finds herself on stage, speaking on behalf of corsets, defending their ‘structure, shape and support.’ Will she ever be free of such constraints? Will she find moral support in a world that is ‘unsupportive’? Read on, and enjoy the adventure as it unfolds.” —Thaddeus Rutkowski, author of Violent Outbursts.

“Diana Forbes’s new novel … about the early American suffrage movement is a fun and lighthearted read. The novel is packed with historical detail, and wonderful period dialogue, but never gets bogged down by it. Instead the characters she has deftly drawn do much more than give insight into a fascinating part of our history; they indeed step right off the pages and into our hearts. Penelope Stanton, no relation to Elizabeth Cady Stanton, charges into her adult life with more than her fair share of strikes against her. Following this surprising young woman as she grows into herself, simultaneously growing into a role model for the women’s movement, is a pleasure. Her protagonist is full of surprises as she navigates her femininity and relationships to men in radically changing times.” —Kara Westerman, producer at AmagansettLand Podcast and facilitator of the Amagansett Library’s oral history project.