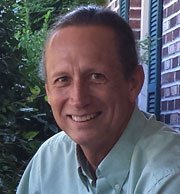 Born in Key West, Florida, Benerson Little grew up variously on all three US coasts. Following his graduation from Tulane University, he entered the US Navy and served as an officer for eight years, most of them as a Navy SEAL. Upon completion of Basic Underwater Demolition/​SEAL training in 1983 (BUD/​S Class 121), he was assigned first to SEAL Team 3, then to SEAL Delivery Vehicle Team 1. After leaving the Navy in 1989, he worked as a special operations and intelligence analyst for the Naval Special Warfare Strategy and Tactics Group, and later for a private intelligence collection and analysis firm.

Benerson now works as a writer and consultant in several areas, with an emphasis on maritime and naval issues. He is considered a leading expert on piracy past and present, and he is a recognized expert on pirate tactics and antipiracy operations throughout history. His four nonfiction works on piracy include Pirate Hunting: The Fight Against Pirates, Privateers, and Sea Raiders from Antiquity to the Present and The Sea Rover’s Practice: Pirate Tactics and Techniques, 1630–1730.

He has appeared in two television documentaries on piracy, has advised on others, and is the STARZ premium cable network’s historical consultant for its Black Sails series, currently filming its third season. He often advises filmmakers, novelists, historians, biographers, genealogists, treasure hunters, journalists, and others.

Although Benerson considers San Diego his hometown, he lives in Huntsville, Alabama, with his wife, Mary, and his two daughters, Courtney and Bree, at least when they’re at home—one is an undergraduate, the other a grad student. In his spare time he teaches modern fencing at the Huntsville Fencing Club (and is at present writing his fencing master thesis), researches historical fencing, writes contemporary and historical novels, and develops proposals for potential television documentaries and series.

Fortune’s Whelp, is part of an intended series inspired by his love of maritime adventure and intrigue, in particular the novels of Rafael Sabatini, Alexandre Dumas, and Arturo Pérez-Reverte. Benerson draws heavily upon his research as a maritime historian, his practical knowledge of fencing, and his military experience to lend authenticity to the novel’s high seas adventures. Although the protagonist in Fortune’s Whelp is male, Benerson has been keen to include influential, accurately depicted female characters. 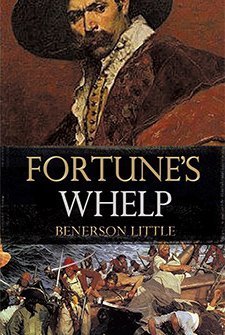 Privateer, Swordsman, and Rake. Set in the 17th century during the heyday of privateering and the decline of buccaneering, Fortune’s Whelp is a brash, swords-out sea-going adventure. Scotsman Edward MacNaughton, a former privateer captain, twice accused and acquitted of piracy and currently seeking a commission, is ensnared in the intrigue associated with the attempt to assassinate King William III in 1696. Who plots to kill the king, who will rise in rebellion—and which of three women in his life, the dangerous smuggler, the wealthy widow with a dark past, or the former lover seeking independence—might kill to further political ends? Variously wooing and defying Fortune, Captain MacNaughton approaches life in the same way he wields a sword or commands a fighting ship: with the heart of a lion and the craft of a fox.