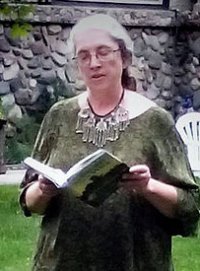 Modern Mormon Murder Mysteries — Born and raised in Salt Lake City of Mormon polygamist pioneer stock, Ann Chamberlin has ancestors who preceded Brigham Young into the Valley to dig the irrigation ditches. Her mother still lives in the house her great-grandmother first bought as two rooms of adobe when she was widowed with thirteen children. On the other hand, Ann’s grandfather was forced out of Brigham Young University in 1911 for teaching evolution. There is some tension here.

Ann is the author of twenty previous books, mostly historical novels, mostly set in the Middle East where she can deal with deserts and patriarchs and prophets with more impunity. Her Reign of the Women trilogy set in the sixteenth-century Ottoman Empire spent over a year on the Turkish bestseller list.

Ann has lost track of how many plays she’s had produced in venues from New York, New York to Bogota, Colombia. However, her play JIHAD won The Off-Off Broadway Review’s best new play of the year in 1996.

The Book of Wizzy is her first contemporary murder mystery. 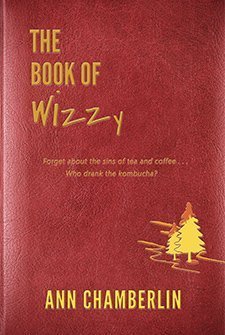 The Book of Wizzy

Eighteen-year-old Brittany Bingham is working as a housekeeper for posh condominiums in Park City when she discovers a body in a hot tub. Dead. Brittany’s parents are serving an LDS mission in Southern California. Whom should she call? Why, her aunt Helen Snow, of course. But Helen has her own problems. She’s still mourning the loss of a daughter with Down syndrome who died fifteen years ago at age three. Though Wizzy’s sweet, angelic spirit visits her every day, no one understands that she’s the source of her inspiration, just as no one can know Helen’s celestial marriage is on the rocks. Should Helen accept her bishop’s call to be Relief Society president and tune out everything else, even Wizzy? Or should she respond to Brittany and learn how handsome Dave Jaramillo died?