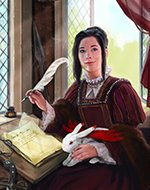 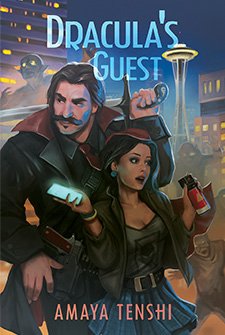 When Cammy, Seattle hipster, part-time barista and college student, survives an attack by a pack of vampires, she resolves to learn more about what is going on in the shadows of her city. What she discovers is that none other than Dracula himself is involved in vampire abatement efforts. She asks to join forces, and refuses to take “No! Absolutely not!” for an answer. So Cammy ends up moving in—minds out of the gutter about that, folks, this isn’t that kind of story. The unlikely duo bring their disparate skill sets together in an effort to put down a mysterious horde of Hollywood-style vampires, and to find out where the bloodsuckers are coming from. A friendly werewolf-for-hire tags along to help out as little as possible. Cammy’s childhood friend Brian is suspicious of her new living arrangements and even more suspicious of her housemate’s motives. But Cammy has less time for her friends these days. Besides work and school, there are Occult Orders, monsters out of legend, and unwelcome oversight by what just might be the scariest monsters of all, after Cammy’s own mother—agents of the United States government.