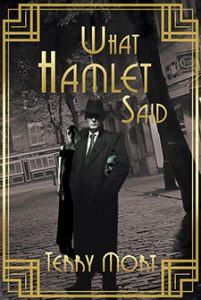 Tucson, AZ, USA — Penmore Press is pleased to announce the release of What Hamlet Said by Terry Mort.

What Hamlet Said. Hollywood in the Thirties: Nazi saboteurs, gangsters running gambling ships, British spies and diplomats, FBI agents, starlets looking for the big break, cheap hustlers on the fringes of the law, local cops – some are friends and some are adversaries, but all are involved somehow with Riley Fitzhugh, a private eye who’s wondering whether the death of an English aristocrat really was an accident.