NEW RELEASE: Valhalla Into the Darkness by Lee Gold 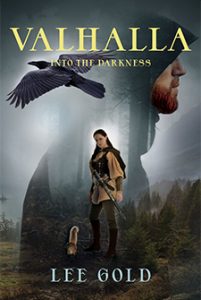 Tucson, AZ, USA — Penmore Press is pleased to announce the release of Valhalla: Into the Darkness by Lee Gold.

Valhalla: Into the Darkness
Thanks to the efforts of Robin and her friends, including the gossipy squirrel Ratatosk, Asgard is now safe from one danger, but other threats loom. The Norns ’tapestry is turning darker and darker. The Norns warn Ratatosk that fewer people look up to see the sun, and Finbut Winter is coming. Ratatosk is of the opinion that winter bread is bad enough; the prospect of years of cold, darkness, and starvation galvanize him into action. Once again he volunteers to assist Odin’s odd assortment of champions, this time on a series of quests that Loki and Odin have devised. One: Restore the Sun’s stolen heat. Two: Find Freya’s husband, Lost Od. Three: Offer Frey a deal: his liberty in return for lifting the curse he levied on Asgard. Four: Find Loki’s mother in Vanaheim, and invite her to the weddings of her grandchildren. And finally, find out why Odin’s two brothers, Hoenir and Mimir, were mutilated in defiance of the Aesir-Vana Truce. After centuries of turning a blind eye, Odin has decided it is time to call his secret enemies to a reckoning.
Even if it means violating the terms of the Truce.
Even if it means sending his blood-brother into deadly danger.
Even if it means risking retaliation.
Even at the price of relinquishing control of the outcome.