NEW RELEASE: Taken to the Grave by Craig Godfrey 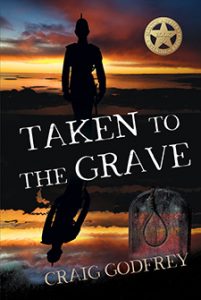 Tucson, AZ, USA — Penmore Press is pleased to announce the release of Taken to the Grave by Craig Godfrey.

Taken to the Grave. The Van Demonian Sleuth Caspian Hunter Series. Nineteenth Century Van Demonian sleuth, Caspian Hunter, is a colonial lawman deeply immersed in the life and crimes of Hobart Town, where convicts transported from Mother England form a majority of the population. Caspian and his decidedly unconventional associates are sworn to uphold the law where lawlessness is almost a way of life. The fledgling colony includes newly pardoned convicts – ‘ticket of leave men’ – on a sort of parole. Misfits and unsavoury characters come this remote outpost of the British Empire to get as far away as possible from whatever lives they seek to leave behind. But by the middle of the century, free settlers are arriving in ever greater numbers from Britain. Hobart Town is blessed with one of the world’s most beautiful deep-water harbours, so it also attracts sailors and whalers. And it is rapidly becoming prosperous. There are inns aplenty, and a growing number of enterprising ladies are skilled in the arts of making sailors, whalers, gentlemen and even lawmen briefly happier and certainly poorer. This is Caspian’s town.