NEW RELEASE: Hornblower and the Island by James Keffer 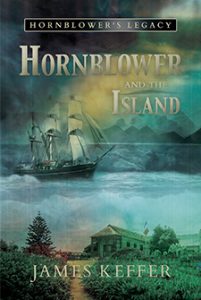 Tucson, AZ, USA — Penmore Press is pleased to announce the release of Hornblower and the Island by James Keffer.

Hornblower and the Island. Napoleon Bonaparte is embarrassing the British on the remote island of St. Helena almost at will, and England is now the laughingstock of Europe. The answer is a new Governor: Lord Horatio Hornblower. The British government are willing to bet that Hornblower’s background, being so similar to Bonaparte’s, will earn the Corsican’s respect. Each rose from humble beginnings to nobility by his achievements alone. Both have won victories on the field of battle. Hornblower’s mission is simple: to deal with the greatest military genius of the modern era and make him behave. Hornblower discovers a Bonaparte that history never knew and learns the truth about the Emperor of the French!