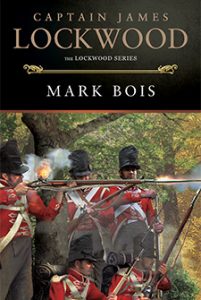 Captain James Lockwood. The Lockwood Series. Newly promoted, Captain James Lockwood returns to active service. Following a painful departure from his family, he is to travel to his regiment at Gibraltar with a draft of new recruits, but at the last minute he is diverted to help suppress a slave revolt in the British colony of Guyana. Nearing Guyana, their transport is attacked by a pirate vessel, and in a bloody battle at sea the pirates are defeated, and their captain, Miguel Otero, is captured. Lockwood and his company arrive at Guyana, but resist the Governor’s orders regarding Otero’s summary execution. So, too does Lockwood refuse to fire on the slaves, with whom he has great sympathy. Brigid, meanwhile, is approached by a group of penniless regimental wives, and she returns with them to Clonakilty. There she struggles to find support for them, finally settling them on an abandoned farm. The presence of the wives of redcoat soldiers enrages the leader of the local rebel faction, and a desperate fight between the rebels and those who have come to aid the families ensues.