BOOK REVIEW: The Girl Who Was Me Is Gone by Midwest Book Review 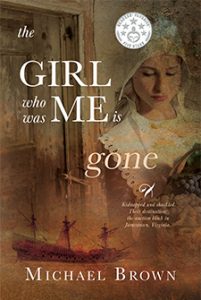 Midwest Book Review
The Girl Who Was Me Is Gone
Reviewed by D. Donovan, Senior Reviewer
June, 2020

“Readers who choose  The Girl Who Was Me Is Gone  for its transformative title’s promise won’t be disappointed. This is an involving, solid historical novel that is filled with adventure and realistic scenarios, and proves hard to put down.”

The Girl Who Was Me Is Gone  is set in 1649 Ireland, when Cromwell’s army decimated the country. In Dublin, heiress Nora’s vision of an adventurous future is changed by both the army and plague, which forces her to flee for her life.

When Nora dreamed of adventure, she didn’t realize that it might involve leaving everything familiar, with little hope of return. On board a frigate headed for America, Nora and her friend experience revelations and battles that challenge their concepts of life and her heritage before they even touch American soil.

As Nora and Anne become captives, enslaved and then separated in the new world, she is introduced to Jamestown in the English colony of Virginia, encounters Indians who seem friendly but come with their own warning, and struggles to regain something she’d taken for granted all her life—her freedom.

Aided by Billy and a few others, Nora fulfills her dreams in an unexpected manner, regaining not only the freedoms she once took for granted, but a new place in this strange land.

The Girl Who Was Me Is Gone excels in a blend of historical narrative and adventure that probes not just the life, but the culture and perceptions of a feisty young Irish girl determined to survive against all odds.

The confrontations are often unexpected, and the story blends suspense and romance in a balanced, appealing manner as the world is reassessed through Nora’s newly-opened eyes.

The contrasts between 1600s Ireland and America are nicely done, while strong characterization keeps the plot fast-paced and involving. Readers who choose The Girl Who Was Me Is Gone  for its transformative title’s promise won’t be disappointed. This is an involving, solid historical novel that is filled with adventure and realistic scenarios, and proves hard to put down.

This review will appear in the upcoming July 2020 Midwest Book Review.

It will also be sent to Cengage Learning for inclusion in the Book Review Index that goes out to thousands of school and community libraries throughout the US.

It will also be added to Amazon.com Book Reviews.