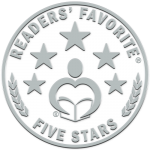 “A thrilling sea story of endurance and courage from start to finish!”

Mark A. Rimmer’s historical novel, The California Run, is the story of two Yankee clippers, the Achilles and the Sapphire, in a race from New York to San Francisco in 1850. The winner stands to gain the highest profits from their freight. Sapphire has an experienced crew, and this is her second voyage to California. The Achilles is a new clipper with new ship design, and the race is her maiden voyage. Her mixed crew consists of sailors and inexperienced men. The Achilles’ captain, Samuel Jacobs, is a veteran ship-master. On board with him is his young niece Emma, an expert navigator with seamanship skills acquired on voyages with her uncle. Before the Achilles reaches Cape Horn, Captain Jacobs and his chief mate are murdered. The Achilles’ second mate, Nate Cooper, finds himself in command, with Emma as the only experienced navigator on board. Can the Achilles survive the voyage? Can she win the race?

I thoroughly enjoyed The California Run. It is a tale of gripping suspense, an intricate web of strong characters, the new clipper Achilles and the sea itself. I loved Rimmer’s evocative and powerful descriptions of sea and weather, as they are essential to the action and suspense within the story. I liked the way a detailed picture of the Achilles and its motley crew emerges as the crew works the sails. I liked the characters of the five women passengers, their perceptiveness and sense of humor in easing tensions aboard the ship. I loved Emma’s resoluteness and courage. Her exceptional seamanship skills are a challenge to the men. But her mastery of the sea is vital to survival in perilous, life-threatening situations. She is also the key to Nate’s transition from an inexperienced second mate to captain. A thrilling sea story of endurance and courage from start to finish!