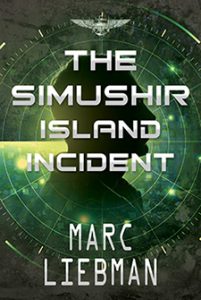 Tucson, AZ, USA — Penmore Press is pleased to announce the release of The Simushir Island Incident by Marc Liebman.

The Simushir Island Incident. Manufacturing and selling illicit drugs is a lucrative business. But what good is being rich if you can’t enjoy your wealth?
North Korean officers Admiral Pak and General Jang are in charge of an operation that produces high-grade heroin to be sold in the United States as Asian Pure. But an alarming number of high-ranking officers in the Democratic People’s Republic of Korea are being accused of treason — and not surviving their arrests. Admiral Pak and General Jang suspect it is only a matter of time before their own heads will be on the execution block, unless they can make themselves to valuable to kill off. They figure out a way to dramatically reduce costs and increase the profit margin: rent Simushir Island from Russia and manufacture the drugs closer to their market destination. They even concoct a plausible cover story of establishing a maritime base for merchant shipping. It’s a great plan — until other heads of state decide to militarize the operation with a ballistic missile launch facility.
After an American electronic reconnaissance aircraft is targeted by missile fire from Simushir Island, the distinctions between self-preservation, retaliation, and escalation blur. Soon Josh Haman, Chief of Staff for Operations and Plans for the Pacific Coast’s Seventh Fleet, and Marty Cabot, Seventh Fleet’s Navy Special Warfare Officer, have to figure out how to shut down the North Korean operation on Simushir without starting World War III.