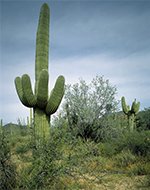 A Hard-Charging Independent Publishing Company — Penmore Press is an Arizona-based independent publisher dedicated to publishing fiction and nonfiction from emerging and established authors. While we welcome most genres of fiction, we are
looking for authors who can craft compelling stories, engage us with their prose, and introduce us to intriguing characters. For nonfiction works, we look for interesting subjects, impeccable research, and an accessible writing style.

Michael James, Senior Editor, has lived in some of the more interesting parts of the world, including Malaysia, Borneo, Iran, and Europe. He joined the British Military at age 15, then went on to become an engineer on a ship in the North Sea, a polo player in Iran, and an editor, a production manager, and publisher in the United States.  He enjoys reading—and publishing—the kind of books that bring vivid experiences and events to life.

Chris Paige, Editor, was the kid in seventh  grade who loved diagramming sentences, and who in college was the go-to classmate for anyone who wanted to turn a C essay into an A-grade paper. When she served in the Army, her natural skills as an editor enabled her to help soldiers, senior NCOs, and officers with their compositions. As a civilian, she has taught English at the secondary level and worked as an editor and copy editor for small independent presses.

Lauren McElroy, Editor & Audio Book Coordinator, got started in editing at age 13, helping her father compare punctuation in seven editions of a book by Washington Irving. Bilingual as a child, by 18 she was fluent in five languages. She loves bringing Penmore Press novels to life as audio books, finding the right voice and talents for each book as a painter would use color, with the book as her canvas. Lauren’s editing and translation clients have ranged from small local newspapers to UN agencies.